The most expensive 'pi' I've ever bought

On the 29th of February, The Raspberry Pi Foundation started to sell their new computer, the rather pleasantly named 'Raspberry Pi'. 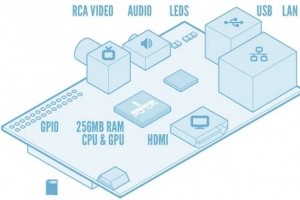 The Raspberry Pi is smaller than a modern smart phone, with the width and length being very similar to that of a credit card.

It is designed to encourage a wider range of people to get into into programming, especially the new generation working their way through school (And I for one see this as a superb way to get rid of the poor IT curriculum currently available).

The first 10,000 Raspberry Pis should ship soon, and I should be receiving one of them! After VAT and postage it comes to just under £30, by far the most expensive 'pi' I have ever bought. I cannot wait to see it in action!